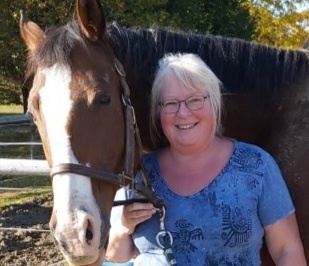 Hello, my name is Karen, I have been crafting all my life.  As a child I made things out of whatever I could find, whether it was beach clay, corn husks, etc.  I picked up my first paint brush at the ripe old age of 29.  I spent years watching my talented sister in law painting and thought... I could do that.

Starting slowly, I joined a crew from work painting for A Chair Affair (Community Living London) (we won first place that year and I won first place separately a number of years later.)  I wanted more so I joined a guild to learn proper technique.  I was hooked.  That led me to being co-ordinator for the City of London’s Kids Do Art program in the East End.  Children were given weekly projects of many different mediums to encourage artistic outlets.

I have been teaching Powertex techniques for over 10 years and am excited to bring this incredible multi-functional medium to For the Love of Art.

Hope to see you in the classroom.